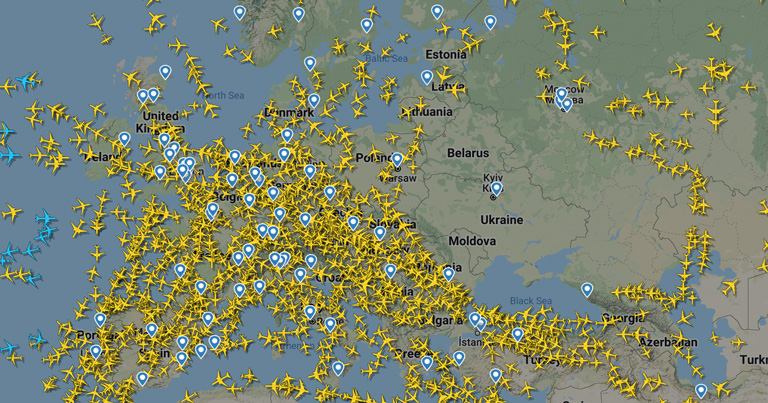 How the aviation industry is responding to Russian invasion of Ukraine [March, 2022]
Aeronautics
Maintenance
Operations
Published by: SOMA Team - - March 24, 2022

Future Travel Experience is closely following the news about Russia’s devastating attack on Ukraine. Just as the aviation industry was slowly getting back on its feet following the easing of COVID-19 restrictions, air travel is set to be disrupted again. Today, Russia has closed its airspace to 36 countries, including all 27 members of the EU, leading to a 42% drop in flights to/from Europe flying over Russian airspace. The airspace over Ukraine is also empty.

Moreover, on Wednesday the US Department of Transportation and its Federal Aviation Administration issued orders blocking Russian aircraft and airlines from entering and using all domestic US airspace. “The United States stands with our allies and partners across the world in responding to Putin’s unprovoked aggression against the people of Ukraine,” said US Transportation Secretary Pete Buttigieg.

Screenshot of live flight tracking through FlightRadar24 on 3 March.

The closure of Russian airspace is having significant impact on long-haul routes from Europe to Asia, which play an important role in the route networks of carriers, such as Finnair. In a direct response to the crisis, Finland’s flag carrier cancelled its passenger and cargo flights to Seoul, Osaka, Tokyo, Shanghai and Guangzhou in Asia and to Moscow and St Petersburg in Russia between 28 February and 6 March.